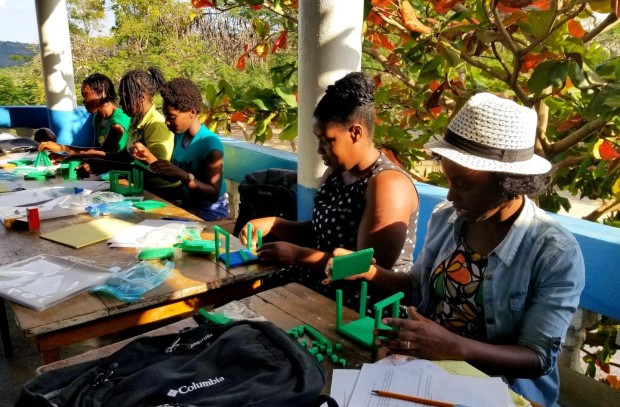 Our hearts and prayers go out to countries, regions and states whenever they are hit with natural disasters. The term ‘resilient’ is often used to describe those who survive under unfathomable circumstances. Due to their history, Haitians have integrated this word as part of who they are and for a very good reason.

According to a July 2020 report by The New Humanitarian, Haitians’ mental health needs are often on the rise due to recurring natural disasters, political turmoil and poverty that have struck this country time and again.

The 2010 earthquake, which caused an estimated 250,000 deaths and 5 million displaced,  brought to our attention the conditions under which Haitians were living, but it certainly wasn’t the only cause for this small nation’s many struggles.

Acknowledging that there are many factors to work with, the nonprofit organization Beyond Borders has undertaken the task of helping bring Haitians back to their feet since 1993.

Certainly, the earthquake strengthened the organization’s commitment to the country, ranking high for almost 5 years prior in Charity Navigators system, the largest independent monitoring entity in the United States.

Although many outside charities have come to work in the country after the 2010 earthquake, Beyond Borders is permanently stationed there.

Donor Engagement Director Brian John Stevens said that native Haitians are the majority of the workforce in this organization.

Outsiders like himself who are working on the team collaborate by listening to the vision that locals have for their communities, “and what they are doing to reach that vision”.

Stevens works alongside Freda Catheus, who was raised in Lagonav Island and currently works as Program Coordinator of the Model Community Initiative.

Catheus is one of many community leaders who have suffered some form of transgression due to social injustices and/or gender violence.

As they managed to achieve a certain level of independence, they became catalysts of change to help those around the areas where they grew up in order to build a better society for new generations.

Catheus has been in charge of leading the Covid-19 response team in Lagonav Island.

Located a 45-minute boat ride from the mainland, this terrain has been forgotten by the Haitian government for years, Stevens said.

The lack of government efforts has not deterred Catheus commitment to become Lagonav’s primary response and awareness leader.

When the COVID-19 pandemic started, Catheus’s team created a 3-step program to avoid the spread on her island.

The first step was to reach out to three different networks: child protection brigades, women activists, and adult survivors of domestic servitude. These networks, in turn, spread awareness to their communities and everyone within reach.

The second step was the distribution of emergency products to 386 families, such as soap, on and off valves, and over 1,000 hand sewn face masks.

The third and last step was a massive megaphone campaign, in which they spread awareness to 16 communities, positively reaching a total of 16,000 residents.

Catheus’s organizational skills have proven to be successful in Lagonav. Aside from handing out essentials to 14 communities in the island, she made sure institutions such as churches, schools and the mayor’s office handed out clorox and other types of disinfectants that the organization managed to obtain.

More than 200 hundred of the masks that were handed out in Lagonav were actually given to families that participate in a sponsorship program carried out all through Haiti.

The families that are selected are given training and resources so that they can learn a trade and become financially independent.

Haiti is riddled with corruption and human rights issues, there is an economic and power imbalance, gender inequality that results in violence, according to Beyond Borders official website.

Beyond Borders’ Program Director, Smith Maxime also recognizes these factors, which is why he’s implemented a variety of social reform initiatives.

“We empower the actors in these communities, slave survivors, people who worked in domestic servitude and we train them, we have a graduation model”, he explained.

Maxime said two thirds of the 200 participants in this training program are women, and that they are mostly targeted due to their management capabilities.

“The woman takes charge of the household if the husband leaves, we want gender equality as well as economic, we want to give power to girls in the streets and in schools, we want them to organize”, he added.

This balance that Beyond Borders has been trying to create and implement has been threatened more than once due to times of crisis and outside organizations coming to Haiti to alleviate said crises.

When asked about Oxfam interventions and the scandal that broke out after the 2010 earthquake, Maxime assured that in response, Beyond Borders made stricter behavioral policies.

According to Maxime, the organization is very cautious whenever approaching a new community for there have been times when it has been decided that, to protect a certain village, they must prohibit foreigners’ aids, and only local colleagues can penetrate the area and interact with its residents. 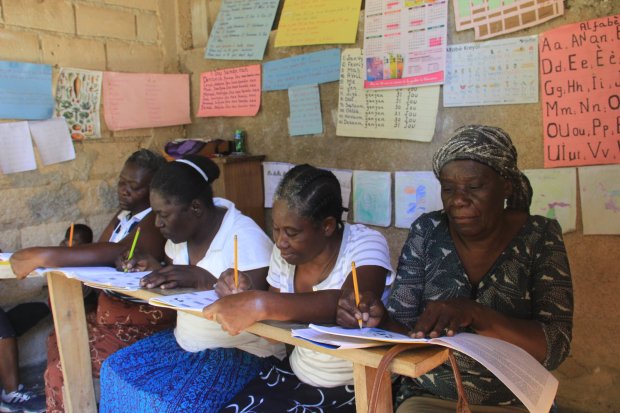 Since its foundation, the entity’s mission statement for social justice and equality has stood the test of time and with an inter-generational approach to literacy, educational and capacity building services.

According to their progress reports, more than 40,000 Child’s Rights Activists have been trained and mobilized in over 100 rural communities.

The family sponsorship program mentioned by Catheus was launched in 2016. In Lagonav Island, seven of 16 communities became slave free in 2018.

Many other victories, such as a decrease in sexual violence -even between married couples- have been attributed to Beyond Borders.

Catheus believes the sponsorship program is a tremendous hit and that it will continue graduating families in becoming self-sufficient every year and a half from now.

The road to recovery for Haiti has become longer with each passing earthquake, hurricane, and internal political conflict.

What separates Beyond Borders from other charities, however, is the fact that it is mainly locally managed and its staff strongly believes in Haitian people’s potential.

Each and every single one of their projects is consulted and led by the island’s natives, since no one knows the communities’ internal struggles better than them.

Catheus and Maxime are only examples of the many citizens that have decided to empower themselves and those around them, giving resilience of this small Caribbean nation more than a word and more than a face.

To learn more about Beyond Borders please visit: https://beyondborders.net/